How to Deal with Cobbetts Debt Recovery – Don’t Pay Them, FAQs, Advice & More 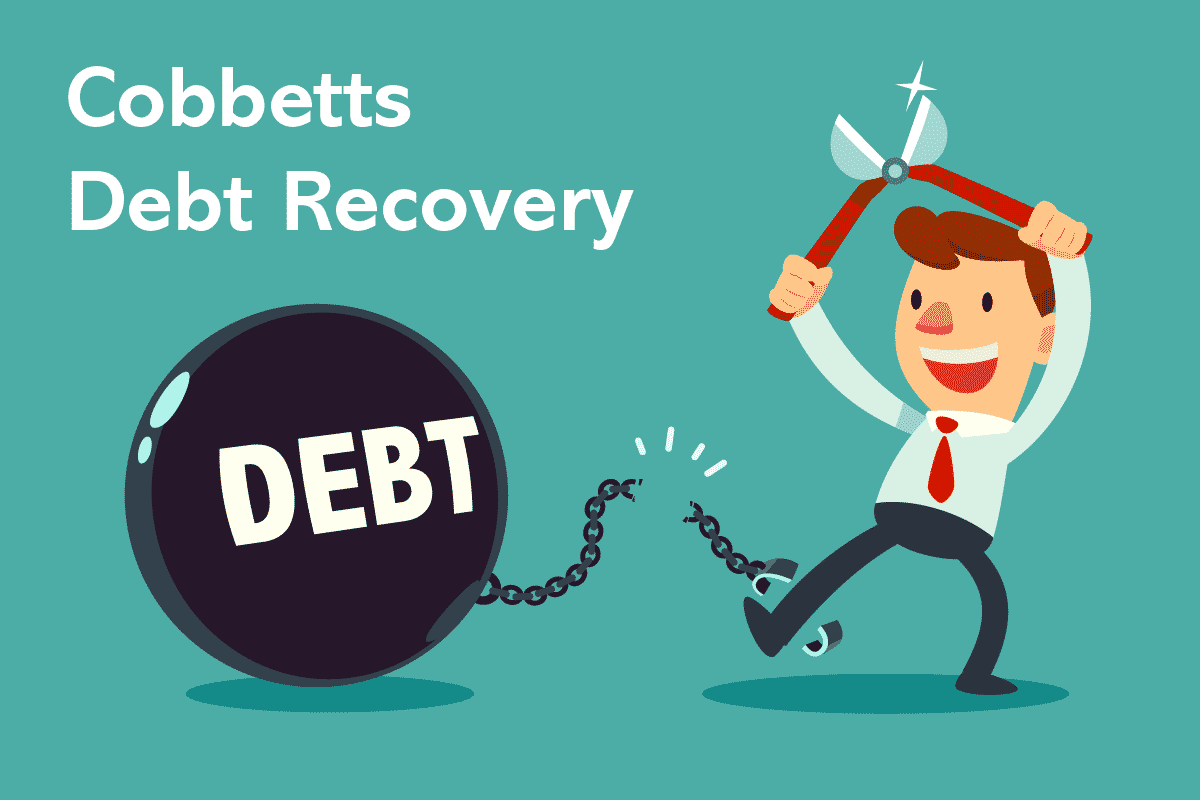 According to some reports, more than half of UK consumers, nearly 27 million people, started 2020 in debt. Of those, around 5 million people owe over £10,000 in loans and credit.

Clearly, it’s common to owe money. However, sometimes it gets out of hand, leading to some people receiving debt collection letters from companies similar to the now-defunct Cobbetts Solicitors.

We take a look at who the firm was, and what to do if you get a debt collection letter from a solicitor.

Cobbetts LLP was a solicitors firm based in Leeds. The company was incorporated in August 2005 and went into liquidation in 2013. The law firm had offices throughout the UK, including in Leeds, Birmingham, Manchester and London.

The law firm worked in many different areas of law, including real estate, employment law, and dispute resolution. Their debt recovery division, Incasso, was based in Leeds. This was the part of the company that dealt with contacting people who had outstanding debts.

What happened to Cobbetts?

Despite employing around 325 lawyers and posting revenues of £45.4 million in 2011/2012, Cobbetts announced at the start of 2013 that they were entering administration. The firm that was founded during the first half of the nineteenth century was no more, and various parts of the business were sold off.

It’s no clear exactly what happened to the firm. However, in 2018, six former company bosses were fined by the Solicitors Disciplinary Tribunal. During the wake of the 2009 financial crisis, the firm was struggling with cash flow, and those charged failed to make contingency plans for the business.

Different parts of the Cobbetts business were sold off after the company entered administration. The majority of the assets were acquired by another law firm based in Manchester, DWF LLP. However, this sale didn’t include the debt recover arm of the business, Incasso.

In early 2013, a Redditch-based law firm agreed to purchase Incasso from the administrators (KPMG). HL Legal Solicitors purchased the debt recovery arm of Cobbetts, the last to find a buyer. Around 52 staff members became a part of HL Legal.

Were they a legitimate debt collector?

You might have received a letter from Cobbetts in the past, or had contact from a firm that has since bought the debts Cobbetts were handling. At any such times, it can be difficult to know whether the message is legitimate or part of a scam to extort money. The latter is more common than you’d think, so it’s always a good idea to be wary.

However, as we’ve seen from the details so far, Cobbetts LLP was indeed a real law firm. You can still find their Companies House details, where they had a company number of OC314724. Their registered office was Central Square, 29 Wellington Street, Leeds, West Yorkshire, LS1 4DL.

You can also find the details from when they were registered with the Solicitors Regulation Authority, where they had a reference number of 425778. As we’ll see, this registration is key when it comes to debt collection solicitors, as it means you get certain protections when dealing with them.

Why is a company like Cobbetts Solicitors writing to me?

Given the demise of Cobbetts, it’s very unlikely that you’ll hear from them directly. It’s possible that you’ll get contacted about outstanding debts they managed, but given how long has passed, this also seems unlikely.

But why do solicitors get involved in debt collection? Usually, it’s because a business has exhausted all efforts to recover money they’re owed. So, if you have a debt with a company, bank, local council, or HMRC, they may call in either a solicitors or debt collection agency.

When companies turn to these debt recovery agencies, they’re hoping that the name and legal implications will scare people into paying up. It’s rare that anyone wants to tangle with law firms, so they just submit and clear their debt.

However, most of these firms work on the basis that they don’t get paid until they secure the money. As such, you’ll often find they’re persistent and ruthless when dealing with customers with debt.

What’s the difference between a debt collection agency and a solicitors?

This is a question that’s often asked, as the choice for creditors often seems arbitrary. In reality, there isn’t a huge amount of difference, at least to begin with. It’s only if things progress that the difference becomes apparent.

At first, both a solicitor and debt collection agent has the same powers as the creditor. They can request you pay back the money and be persistent about it, but that’s about the extent of things. However, if things progress and you don’t pay, then the legal know–how of solicitors firms like Cobbetts comes into play.

What happens if I ignore debt collection letters?

Many people assume that if they ignore letters from creditors, solicitors, and debt collection agencies that they’ll forget all about it and leave you alone. Sadly, this is rarely the case, and the opposite is often true.

If you ignore the letters and calls from debt recovery specialists, they will increase their efforts to try and get you to pay. Although they can’t harass you or force you to pay, they can continue writing to you, and they can keep adding interest and fees to your debt.

In some circumstances, they will try and visit you at home. Usually, they’ll write to you beforehand informing you of this. However, even if they do visit, they have no more powers than the original creditor. They’ve no right to enter your property without permission, and they’re not bailiffs or enforcement agents. As such, they can’t take your belongings to cover the cost of the debt.

What happens if I refuse to pay?

This is where things start to get complicated. If you continue to refuse to pay and don’t give a valid reason as to why that is, they can take legal action against you. When things get to this stage, you can see why creditors choose solicitors like Cobbetts debt collection arm to deal with things.

The legal knowledge that a law firm brings means two things. Firstly, the person in debt feels further intimidated at the prospect of going to court. Secondly, the solicitors can escalate things quickly. Here are some of the steps they can take if you refuse to pay:

As you can see, it’s no small matter if a firm like Cobbetts debt recovery gets involved in your case. Things can escalate quickly, and it’s in their interest to take swift action.

What to do if you receive a solicitors debt collection letter?

All this sounds very dramatic so far, and there certainly are some serious consequences for not dealing with debt collection letters. However, it doesn’t have to be such a damaging process, providing you take the right actions to solve the matter.

Below, we’ve outlined some of the steps you should take. Although it’s unlikely that you’ll get a Cobbetts debt collection letter, you could well receive one from another firm like them.

Debt can be messy, particularly if it’s been around for a few years. Before you try and tangle with a solicitor, you should first get all of your affairs in order. Start by looking for any documents relating to the original debt. This could mean finding old bank statements, the original agreement or contract, and any receipts, letters, and records related to the debt.

You should also appraise your financial situation at this time. We all have to pay our debts one way or another, so you’ll want to know exactly how much you can afford to repay and make a plan from there.

Get them to prove it

There are some instances where you might not have to pay your debt immediately. The Financial Conduct Authority and Credit Services Association have a variety of rules and regulations about the collection of debt.

Some of these guidelines outline the fact that companies must be able to give exact details of what you owe when asked for it. So, if you’re getting harried by a debt collection agency, you can write to either them or the creditor asking for a detailed breakdown of what you owe.

Companies have to provide this information, and can’t keep contacting you while they gather the proof and send it to you. This also means that if they can’t prove the debt, they’ve no legal right to collect it.

You can find templates online for how to write a ‘collect the debt’ letter. Make sure to include all relevant details and don’t’ sign it. They could try and use your signature against you at a later date.

Another one of the rules surrounding debt collection is that companies have to act within a certain timeframe to collect certain types of debt. When it comes to unsecured debt (credit cards, overdrafts, loans, etc.), the limit is usually six years. Any debt that’s older than this could be statute-barred and unenforceable.

For a debt to be statute-barred, it has to meet a variety of criteria. Essentially, the creditor can’t have contacted you about it or issued a CCJ against you in the last six years. During that time, you can’t have acknowledged the debt (written or phoned them about it) or made any payments.

You should check whether your debt is statute-barred before making any payments. Solicitors like Cobbetts debt recovery aren’t allowed to try and reclaim these types of accounts.

If the debt is yours, they can prove that it is, and it’s not statute-barred, you’ll have to pay it. If you’re in a strong financial position, you might want to consider paying it all off at once. It can be cheaper to do it this way, as the money won’t keep accruing interest.

If you can’t pay it all at once, don’t worry. Many creditors will accept a repayment agreement where you pay back a set amount each month until the debt is clear. Be honest and transparent when contacting the creditor, and they’ll be more willing to accept such an offer.

If you think you can’t afford even a monthly repayment on your debt, there are several other options available. Depending on your situation, you might want to consider one of the following: How Do Debt Collectors Find You in the UK? (and how to hide!) Get Them To Prove The Debt (With Letter Templates) Scott Nelson is a financial services expert, with over 10 years’ experience in the industry, including 6 years in FCA regulated companies. Read more
×
×4 Question Debt Write Off Calculator SEE IF YOU QUALIFY