Can a Visa Application be Denied Because of Debt? 2022 Laws 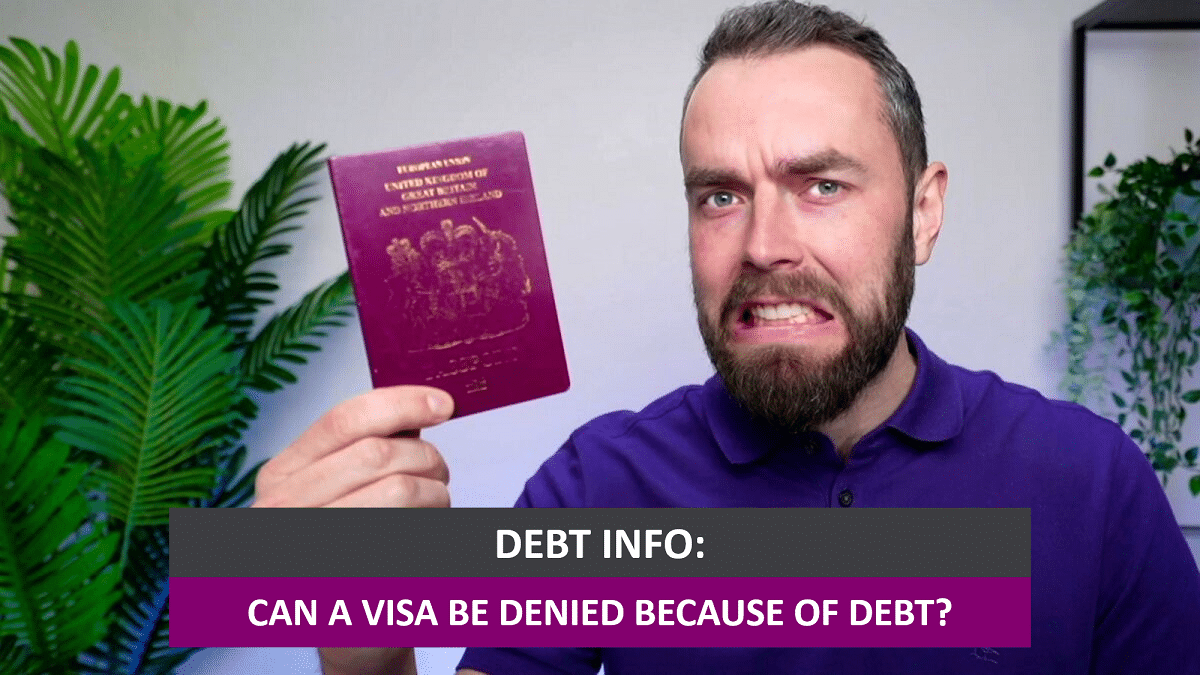 Most of the home offices around the world do not consider a person’s financial status or their financial stability while issuing them a visa.

So, just because you are indebted, it doesn’t necessarily mean that your visa will be denied just because of your finances for sure.

To make things clearer for you, I will be discussing all the information regarding different circumstances where your debt might become a reason for your visa disapproval.

Can a UK visa be denied because of debt?

Yes and No. If you have outstanding debt there is no reason for this to be the sole reason for your visa to be denied. However, although very uncommon, debts have can be a contributing factor for having your visa denied.

However, it would be more fair to say that such rules for visa application acceptances vary for different people from country to country.

It is also to be noted that the way your debt might affect it depends on the visa you are applying for – whether it is a visitor visa or an immigration visa, and so on.

Along with this, there are some other common and valid reasons as well that are employed by the home office for the rejection of your visa, including false documentation or improper documentation, a previously overstayed visit, or criminal history, etc.

How Does Debt Affect Your Immigration Status?

The only factor that can affect your immigration status is a history of criminal offences on your record.

This means that a debt alone does not have the ability to negatively impact your current immigration status, or a future immigration application.

Because of course, being unable to pay off debts is not a crime.

However, if you did take part in some fraudulent activity to avoid your outstanding amount of money, and debts, etc., then you might have to face serious consequences by the home office in accordance with respective immigration laws.

Whether it be credit card debt or private unpaid loans, if one is indebted, there’s only a minuscule chance of their tourist visa getting rejected because of it.

As long as one can pay for their travel and stay throughout the trip, the visa will get approved.

This means there is the will of free movement even when you are indebted.

But of course, I don’t recommend that overseas visitors travel with unpaid dues imposed on them.

However, people should know that in some cases, bad financial stability can still be used as a basis for their visa non-approval if the respective visa office decides so.

What Happens When I Get Back to the UK While on Debt?

If you took a loan in the UK, and then travelled overseas, your debt remains active back in the UK despite the inability of your creditor to legally get to you in any other place around the world.

While you are away, your problems worsen as fines and interests keep on disrupting your credit.

However, if one is away for a period of more than six years, the debt is written off from the person’s account.

The writing off of the debt has an extremely negative impact on the credit reports. It is considered worse than not paying the dues on time.

So, one written off unpaid loan can act as a huge barrier in getting your loans approved in some later years.

So, a legal lawsuit filed on one can’t follow them to another country. But the creditor might be given access to any owned assets in the country of the person’s old residency.

But leaving a country doesn’t mean that your dues are completely cancelled.

Throughout a period of six years, your debt remains active and your lenders might try to reach you personally or through a law firm. But they cannot take any legal action against you.

After this period, all your debts are written off.

But remember that debts that are written off have an even more negative impact on your credit report than late payments.

Although you shouldn’t move to another country to avoid an unpaid loan, a lot of countries have no immigration law that can prevent you from moving away.

Can I go to prison for debt?
Your debt ‘alone’ cannot be a cause for you to go to jail. But in case of any fraudulent activity, you could go to prison.
Can I be stopped at the airport for debt?
No. You cannot be stopped, detained, or arrested at the airport for an outstanding due alone. You can only be arrested at the airport on conviction, and being unable to pay off your debt isn’t a crime.
How long before debt gets written off in the UK?
Your creditor can chase you for a debt only for six years.  After this period, you no longer owe the debt.
Can I get a US green card while on debt in the UK?
Although this wasn’t much of an issue years ago, in 2019, the US announced that for a person to become an immigrant in the US, the financial status and information was to be taken into consideration. Therefore, U.S. Citizenship and Immigration Services (USCIS) might or might not use your debt as a reason for denied status changes.
How does debt affect my credit reports?
If you took a debt and failed to repay it on the chosen deadline, it will have a negative impact on your report. But if you repaid your debt fairly and timely, it will act as a positive score for your credit report.

Conclusively, it’s fair to say that debt usually does not pose as a hindrance in your visa application.

However, it is also highly recommended that you do not travel just to avoid your outstanding dues.

It seems like an easy solution out but it really just adds to your problems.