Faulty Speed Camera – Everything You Need To Know 2022 Do you suspect you’ve been wrongfully issued a speeding ticket due to a faulty speed camera?

In this MoneyNerd post, we discuss how speed cameras work and how accurate they are. Read this if you want to challenge a camera or report a faulty speed camera in the UK.

How can you get caught speeding?

Most people are caught speeding by mobile speed camera vans parked at the side of the road or by fixed road speed cameras. The technology used to identify speeding between these methods is different.

Mobile speed camera vans use laser technology to identify vehicles travelling above the speed limit. They are said to be able to track vehicle speed up to one mile away.

Ironically, some fixed speed cameras are also named “Gatsos” after a racing driver called Maurice Gatsonides. The racing driver would use cameras to measure his speed during practice laps.

The Gatso cameras work by taking two photographs of the vehicle at two different points. These two photos are used to prove how fast a vehicle was travelling based on the distance covered between markings on the road within the timeframe.

There are some newer fixed speed cameras that don’t use this method and instead use lasers. They’re often found on motorways.

What happens after you’re caught speeding?

If you’re not sent a NIP within 14 days and you didn’t receive a verbal equivalent by a police officer, the driver cannot be prosecuted or fined for the alleged speeding offence anymore.

The vehicle owner must respond to the NIP within 28 days or face court action. This gives them an opportunity to tell the police that someone else was driving if true.

The police then have up to six months to send a speeding ticket (Fixed Penalty Notice), which tells the driver to accept a fine and possible penalty points – or be prosecuted in court.

Do speed cameras flash even if you are not speeding?

Speed cameras will typically only flash when you’ve been caught speeding. However, there are multiple comments in online forums about speed cameras flashing when the motorist is adamant they were below the speed limit.

As mentioned, some types of speed cameras don’t flash at all. So you might not see a flash but still be caught speeding.

Do speed cameras have a margin of error?

Some sources state that speed cameras offer drivers a small margin for error to account for possible inaccuracies when measuring their speed.

These sources suggest a speed camera will not identify you as speeding unless you’re travelling 10% + 2 miles above the speed limit.

Can a speed camera be wrong?

The Gasto method of taking two photographs to show a distance covered within a specific timeframe is a highly accurate way of calculating how fast a vehicle was travelling.

However, there have been limited cases when motorists have argued a faulty speed camera and their challenge has been successful.

What is a faulty speed camera?

A faulty speed camera is a speed camera that doesn’t register the correct speed of vehicles with the accuracy that’s expected.

For example, if a Gasto speed camera was recording vehicle speeds outside of the one mile per hour margin, it could be considered a faulty speed camera.

How can you prove a faulty speed camera?

It can be difficult to prove a faulty speed camera because the police don’t have to release their evidence to you unless the matter goes to court.

And if you do end up taking the matter to court, you could be hit with a bigger fine than you otherwise would have had to pay.

How to report a faulty speed camera (UK)?

How much is a fine for speeding?

Speeding fines can range from 25% to 700% of your weekly income depending on how much you were speeding. However, speeding fines are capped at £1,000 on normal roads and £2,500 on motorways. 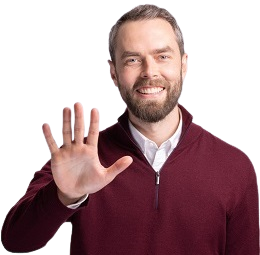 Can I appeal a speed camera fine?

After receiving a Fixed Penalty Notice you’re given 28 days to make the payment and accept the punishment or appeal the fine. However, contesting a speed camera fine is considered risky because the matter will be decided in court.

You will lose your appeal if you can be proven to be travelling above the speed limit at all for any brief moment. Some exceptions are when you can definitely prove a faulty speed camera (which would be difficult) or that your car had been stolen.

In the end, allowing the matter to progress to court can result in a much greater fine.