Short Term Equity Release – Should You Do It? 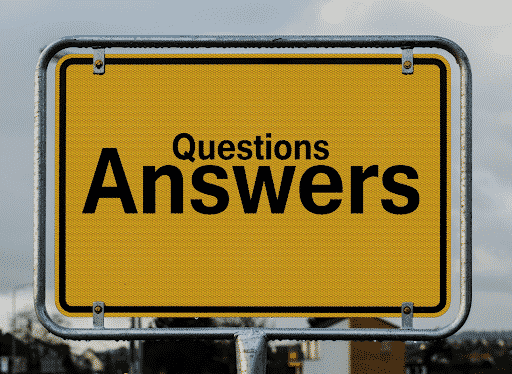 What is equity release?

Equity release refers to two main financial products that allow senior homeowners to access some of their home equity and not have to make monthly repayments. This money is provided as a tax-free lump sum or as a drawdown facility.

The loan amount and any interest added (if added) is only repaid from the sale proceeds of the home when it is sold. This usually happens after the last surviving homeowner dies. The lender has the right to sell the property and recover the debt after death. However, they will request the property be sold sooner if the homeowner moves into long-term aged care.

If you are considering an equity release plan, you’ll need to speak with an independent financial adviser first so you fully understand what you’re agreeing to. You should only use an equity release provider that is authorised and regulated by the Financial Conduct Authority (FCA), and it is strongly recommended to only consider Equity Release Council members.

What is the maximum age for equity release?

Equity release is only available to seniors, usually starting at 55 years old. But there is no upper age limit for equity release. In fact, the older you are when you release equity the better deal you can normally get. This is because the older you are the shorter your life expectancy, and there is therefore less risk of the property sinking in value by the time it needs to be sold.

It sounds fantastic that you can access some of your home equity as a lump sum or drawdown and have to make zero repayments while alive. However, it’s not as fantastic as it sounds when you get into the finer details.

No matter what form of equity release you choose, having an equity release plan for over a decade can easily double the amount you owe, which significantly affects how much of the sale proceeds will be passed on to estate beneficiaries. This is what makes equity release a difficult decision for those with children and grandchildren who would seriously benefit from your estate and 100% of your home’s value.

Although, this shouldn’t be a ‘catch’ because it should be fully explained to you beforehand.

What are the types of equity release?

The standard lifetime mortgage allows the senior homeowner to access up to 60% of their home equity on their main residence as long as it has no existing mortgage and is worth at least £70,000 (in most cases). The money released is charged with a fixed interest rate for the entirety of the mortgage, i.e, until death or moving into care. The interest on a lifetime mortgage does not need to be repaid but instead rolls up, creating a bigger debt over time.

Home reversion equity release plans do not charge the homeowner any interest. Instead, the homeowner must agree to give a percentage of the home’s future sale proceeds to the lender. The amount they agree to is usually more than double the amount of equity they take out. And if the property increases in value, they end up paying back even more. For example, you may release 20% home equity but give up 50% of the future sale money.

What is the best type of equity release?

After hearing about both types of equity release plans, you may be inclined to think home reversion plans are the more expensive. But in reality, they can be both as expensive as each other. The equity release with a lifetime mortgage can more than double after 10-15 years with a standard interest rate.

The most common type of equity release plan in the UK is a lifetime mortgage. This might be because voluntary interest repayments are possible, which can therefore keep the debt lower over time.

What are the pitfalls of equity release plans?

The biggest pitfall of equity release is not getting appropriate advice and not choosing a lender that is a member of the Equity Release Council (ERC). By choosing an ERC member, you receive greater assurances, such as the negative equity guarantee and permission to move home in the future.

An enhanced lifetime mortgage is designed to help people with poor health access even more equity than they would have been able to get with standard lifetime mortgages. This money can be used for an array of purposes, but it is often used as a way to pay for private medical care and services.

The lender asks health questions within the application process to see if you have a shorter life expectancy than expected, and if so, they will offer to let you access more equity. The applicant may be able to back up their claim by supplying medical records, but they will not be asked to complete a medical.

If you have been diagnosed with a terminal illness and a short prognosis, taking out an enhanced lifetime mortgage could be classed as short-term equity release.

What are the other ways of releasing equity?

Second charge mortgages refer to home equity loans and other loans that are secured by home equity. They are added to a property with an existing first charge mortgage and repaid separately, often to a different lender.

On the other hand, remortgaging to release equity is switching your current mortgage to a bigger mortgage, using your home equity as a way to secure more credit. The additional money beyond what needs to be repaid to the first mortgage lender is paid out as a lump sum to be spent as desired.

Are there short term ways of releasing equity?

Second charge mortgages and remortgaging to release equity usually involves large borrowing. In fact, both of these options might have minimum loan amounts of £10,000 or more. As the amount of credit borrowed is so large, they are unlikely to be classed as a short-term method of releasing equity for the majority of homeowners. However, it is not impossible for them to be short-term depending on the amount borrowed and the repayment period, which may be as short as a year.

Second charge mortgages and remortgaging to release equity are both more likely to be short term methods of releasing equity (not the same as equity release plans!). However, even in these cases, they are unlikely to be considered short-term borrowing.

For more information about equity release or genuine methods of short-term borrowing, come back to MoneyNerd soon. We have plenty more guides that cover both topics in detail!