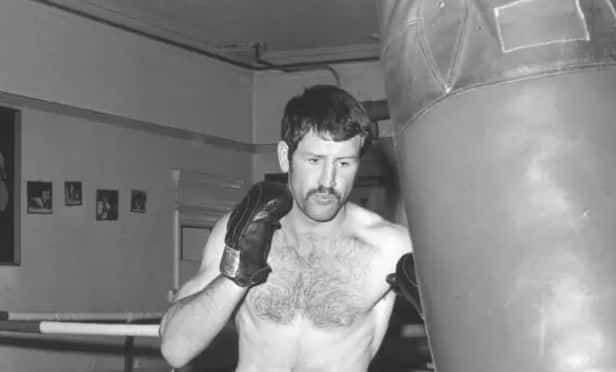 Being respected by Charles Bronson might not be something that many of us aspire to, however, for underworld debt collector, Paul Sykes, this was an accolade that was to be celebrated.

Based in Teeside, Paul achieved so many infamy throughout is time, that his life is now to be made into a film.

Not only a professional boxer, during his life-time Sykes became a notorious and violent criminal. His story has already been made into a book called Sykes: Unfinished Agony, with a sequel planned in for release. Written by Berwick born author Jamie Boyle, it was a no holes barred look into how crime and the debts that often build up in that world can change a man. He described Sykes as a fascinating character, someone who he enjoyed being able to write about. He even claimed that his first book was a rather filtered look at the life of Sykes, with the second book taking a rather less sensitive approach.

Sykes started out his life as a professional boxer, fighting for not only a British title, but also a Commonwealth title too, this means that it is rather surprising to think that he spent so much of his time in prison, before his death. In fact it was as much as 21 years in 18 different prisons before he was even 50 years old.

During one of his many prison sentences, it seemed that Sykes wanted to change his life, passing an Open University Degree in Physical Sciences and then also going on to win a prize for the literature penned whilst he was in his cell.

It seems that so many of us find this type of story fascinating. Of course, it is no secret that Sykes was never a kind or pleasant man to deal with and spent his time with other violent criminals forging friendships and bonds.  However, he was a man who was tenacious and determined to succeed. No matter who stood in his way.

With so much intrigue and interest in a story like his, it comes as little surprise that his life is being taken from the written word, into the big screen.

How this particular movie or documentary will be met is yet to be seen, however with such an interesting story to be told and it being so different to the lives that so many of us lead, it is sure to be a popular watch for many!